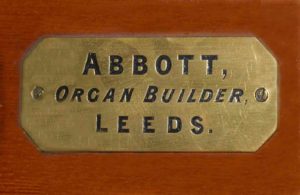 The historic Abbott Organ of 1877 in St John’s, Sharow

Thanks to a farewell letter of 1884 by the Revd Edward DeGrey, on his leaving the parish, we have a record of the history of our pipe organ. The origins of the pipe organ in St John’s Church go back to 1862 when “a finger organ” was given to the church by Revd G Mason of Copt Hewick Hall. “Finger Organ” was the expression used in the first part of the 19th century to describe a small organ with a keyboard distinguishing it from a barrel organ of which hundreds were built at a time when it was difficult to find organists for rural churches.

In 1873/4 a chancel was added to the church and in 1877 the organ was “enlarged and improved” at a cost of £210 by Isaac Abbott of Leeds (a small brass plate on the console has the inscription ”Abbott of Leeds”) and placed in the north-east organ chamber. In 1883 the organ was further improved by the addition of two extra stops, through the generosity of “Mr Hurst”. There was further improvement and enlargement in 1887 and 1899, most likely by the same firm of organ builders, which in 1888 had become “Abbott & Smith”, Isaac’s son, and William Smith, the former works manager, having taken over the firm as partners.

This is the instrument basically as we see and hear it today, the only amendments being an electrified blower (previously pumped by hand) and electric action replacing tracker action on the pedal board. It has two manuals (swell and great organs), worked through mechanical tracker action, a full-size concave pedal board, and fourteen speaking stops (serving 756 pipes), together with three couplers (swell to great, swell to pedal and great to pedal).

By 2015 the organ was in great need of restoration if it was to remain in use. On the initiation of the organist, Canon John Colston, the organ was restored by John Clough and Sons of Bradford, at a cost £32,700 and is now a delight to listen to with a fine tonal value. This was made possible by the generosity of individual donations and the generous support of the John Pilling Trust, the Sir John Priestman Charity Trust, and the Liz & Terry Bramall Foundation. It was re-dedicated on Sunday 10th July 2016 by the Bishop of Ripon, the Right Revd James Bell, at a Choral Evensong with combined local church choirs under the direction of Professor Philip Wilby.

Since the restoration was completed we have had several organ recitals and concerts. Supplementing the organ we have the generous loan of a 1915 Blüthner boudoir grand piano.  Together the worship of the church is greatly enhanced. 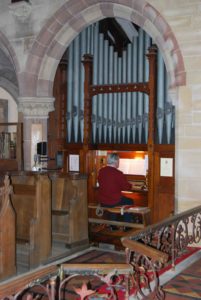 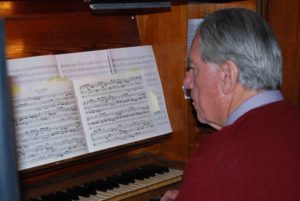 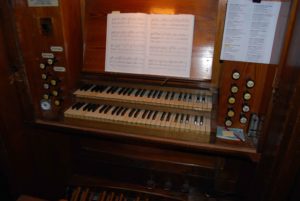 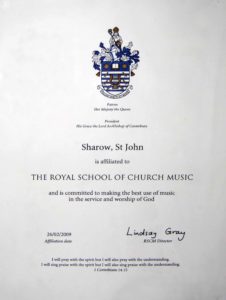 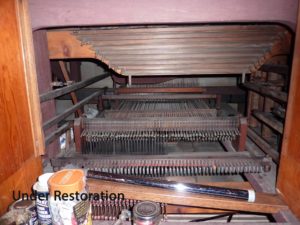 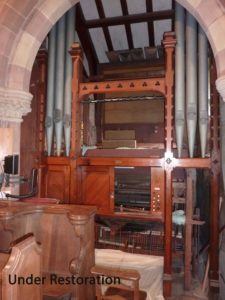 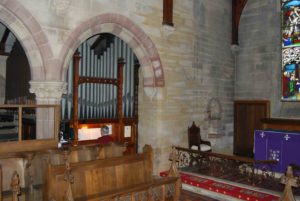 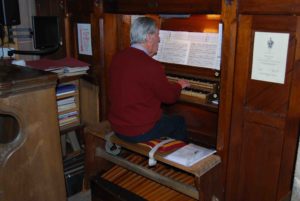 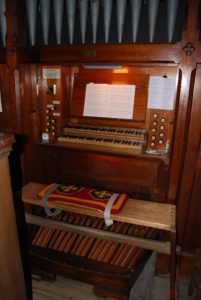