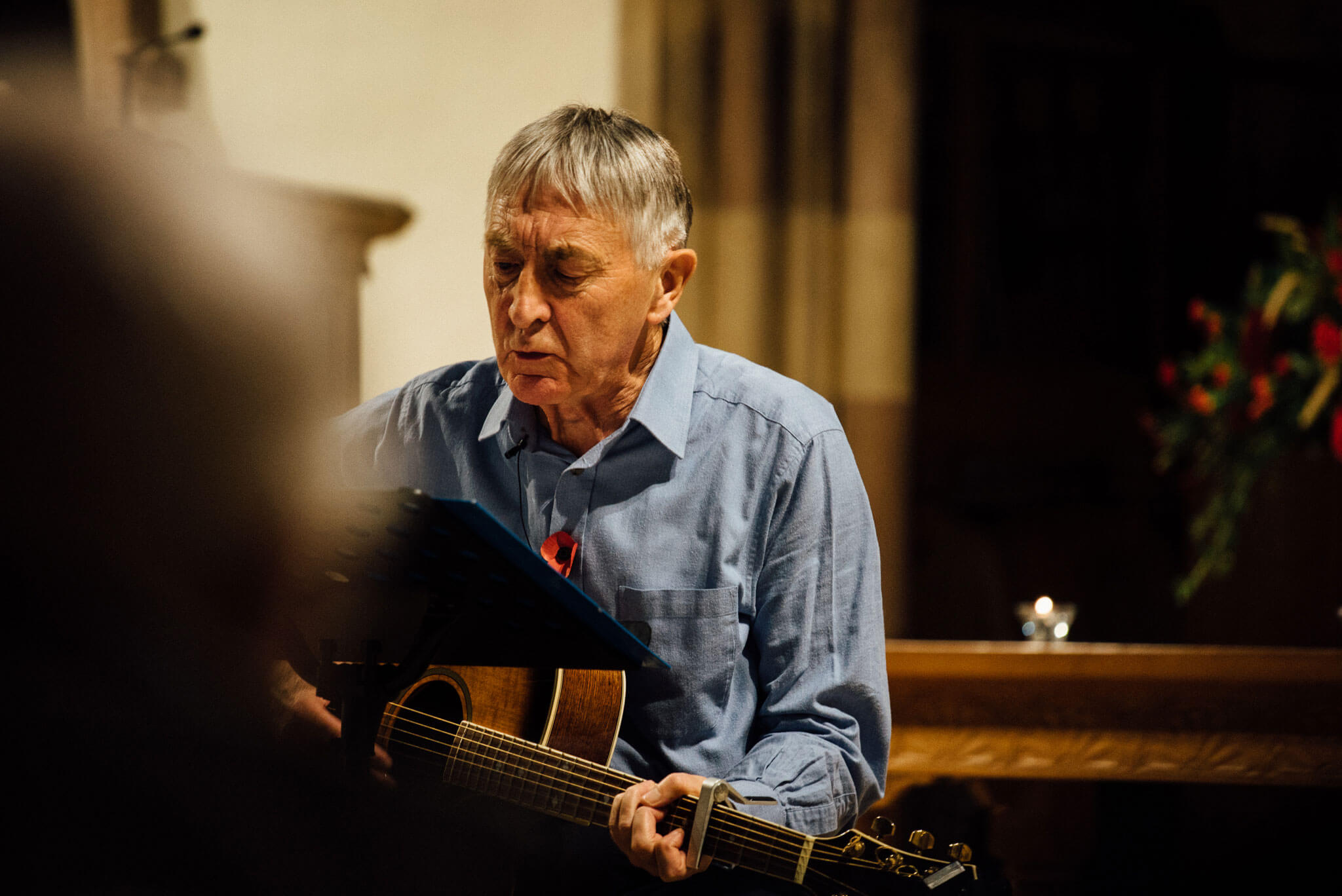 The 11th November was marked by an intimate, poignant evening of poetry, music and anecdotes, delivered by Michael Severn. ‘Sepia Soldier’ was an evening loosely orientated around exploring the history of Reginald James Oliver Severn, an ancestor of Michael who was killed in World War 1. The portrait of Reggie, passed down to Michael through the family, was rendered in timeless sepia tones, which is so evocative of the period.

Michael brought to life many of the songs and poems which would have been known to a First World War soldier. Many of these songs are still well-known and the 50-strong audience were in good voice for perennial favourites, such as ‘Its a Long Way to Tipperary’.